What is creativity? Where does it come from? Are some people more creative than others? After combing through what those who came before me thought and others currently think, I've distilled my thoughts on creativity in this blog post.

I was listening to Rihanna’s album ANTI one early morning and when I got to Never Ending, I thought it sounded quite familiar. It wasn’t the first time I was hearing the song. The guitar riff at the beginning…I knew an African song that starts just like that. I dug into my collection of African music and fished out tracks by the late Papa Wemba; a genius and probably the most consistent African musician (I think). I played Yolele but that wasn’t it. Show me the way, no. Rail on – that was it, only a tempo higher.

Never Ending is a remarkable song and it has found a permanent spot on my playlist. But every time I listen to it, my belief that Chad Sabo, the composer of ‘Never Ending’ was inspired by either ‘Rail on’, Dido’s ‘Thank you’ or both, grows stronger.

This song got me thinking about creativity – What is it? Where does it come from? Are some people more creative than others?

After combing through what those who came before me thought and others currently think, I’ve distilled my thoughts on creativity into a couple of spheres.

There is nothing quite new under the sun

What you set out to create can’t be done without help. You will draw help from TV, radio, newspapers, the internet, or the Bible. Everything comes from something else; all that you know, you have read, or heard, came from someone or something. You call water so because your nursery school teacher or your parents told you it’s called water.

Creativity is an art of unique combinations

On that note, I wonder if copyrights are promoting creativity. Figures!

The real McCoy vs. reinvention

At the end of the exploration phase, a “new” creation is a combination of all these ideas (the dots aforementioned) yet again it is none of them. It is greater than the sum of its parts.

How then will you ever come up with something new if all you do is combine existing ideas? The truth is that no one wants something completely new. People are comfortable with things they are familiar with, that they know, that they have seen before. Disclaimer here though, sometimes people don’t know the new that they want, perhaps because comfort zones have become very cosy and change has not been very comforting.

All the same, I am not against striving for originality. Herman Melville left words of encouragement for those who still believe in originality – “It’s better to fail in originality, than succeed at imitation”. What Herman was subtly hinting at when he uttered those words was, you’ll fail more often than you succeed if your sole aim for creating is to be called original, but if you manage to create something truly unique then it will be worth it.

Nevertheless, the route of originality is a tremendous exertion of time and money. By the time you find the shape of a wheel that works, Voyager 2 will have made contact with extraterrestrial life and NASA will have a manned base on Mars! You have the wheel – now build the new Tesla, move with it, explore other things we can do with the wheel.

Creativity can be taught

This applies in some fields such as music where deliberate practice is required. Obviously, the foundation of talent and passion is important but some form of creativity can be achieved through consistently timed practice. It is through such trial-and-error, messy, sometimes awfully disappointing processes that creative beauty is born. This is strongly supported in Kaufman Scott’s article in the The Scientific American.

Creativity is mobile and shouldn’t be managed

Jim Whitehurst, CEO of Red Hat and author of The Open Organization shares the conundrum that the human capabilities most critical to success and that would make an organization more resilient are the creative skills that can’t be managed. Such capabilities cannot be compelled because every day the employees choose whether to bring them to work or leave them at home.

This would then mean that your function as a leader is to inspire such gifts and creating the right environment to let the employees be. This is also because creativity is a flow, it can be ignited or inspired but not forced.

Creativity is contagious and thrives in an ecosystem of sorts. The larger your creative team, the more creative ideas you will come up with. You can never really use it up. It creates a certain kind of infectious energy and in this sense, ignites more creativity.

I would like to direct my thoughts on this to Africa, a continent brimming with plenty of potential but often encumbered from sustained leaps of growth.

The reason Africa is underdeveloped in almost every way is because we are selfish with our ideas. If I die today, I go to the grave with a thousand ideas that I didn’t share because I thought that it would just be a matter of time and I will be old enough with sufficient money to implement the idea. It’s not that the Americans, Europeans and Asians are smarter than us. They have just opened up to a lot more thought-sharing and opinion-shaping, using a network of ideas for development. A Northwestern University research says that the top 10 countries in terms of the number of Twitter users are USA, UK, Canada, Australia, Brazil, Germany, Netherlands, France, India and South Africa. It is not surprising that these countries are also economic powerhouses – the more you share, the richer you become.

Africa, it’s about time we garnered our genius creativity. Let’s share more, let’s collaborate – the outcomes may be different(oh, and they will be), but we would lend ourselves to more progress by teaming up with our magical variety than folding our arms at a distance.

Well, I’ll have some downtime, for now, soak into more music; but before that, Never Ending. 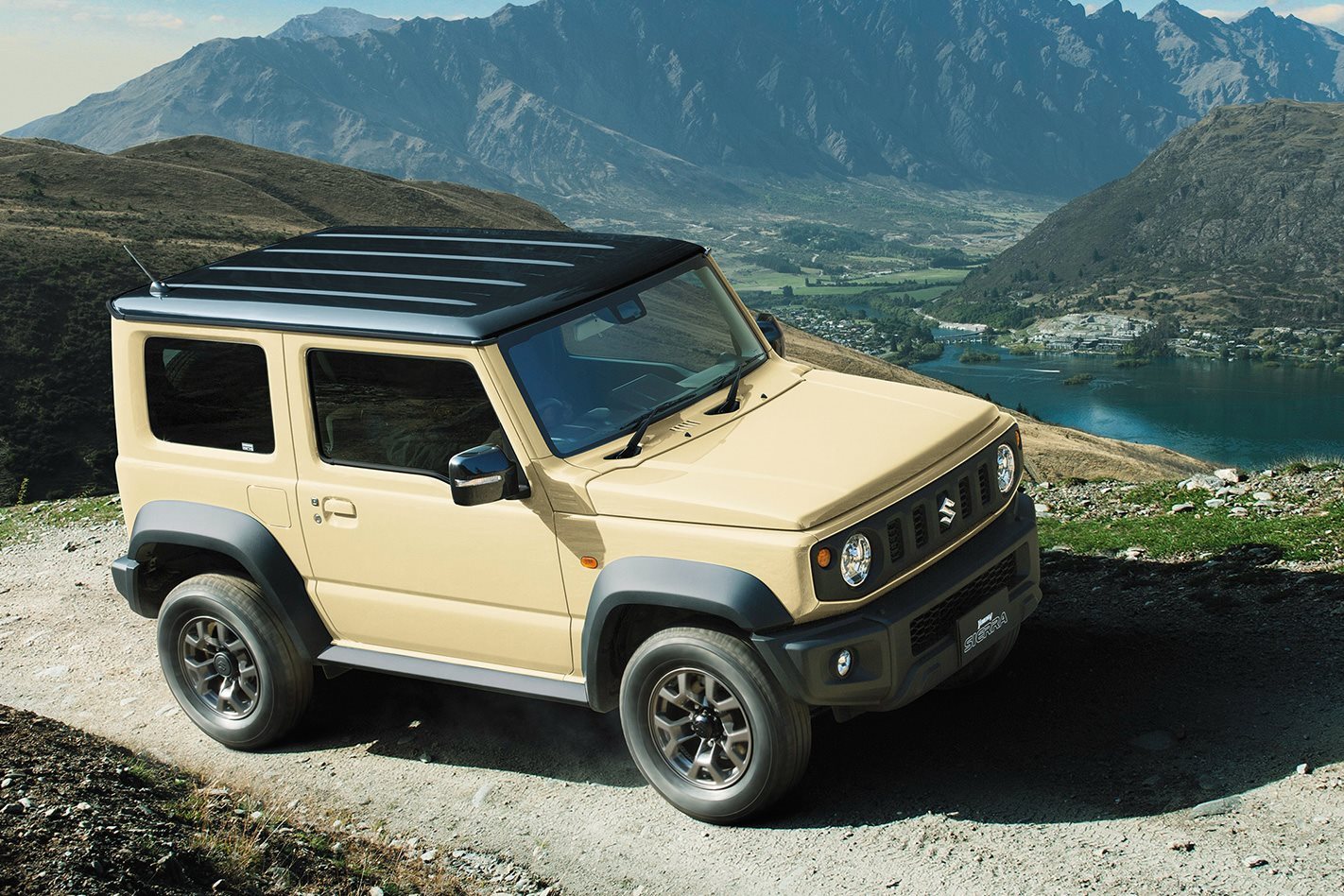 Why the 2020 Suzuki Jimny is a winner